Omega Projects KZN is owned and run by Sidney Lebotschy.

Sidney completed his Diploma in Civil Engineering with the British institute of Engineering Technology in 1975.

Sidney has also completed the following courses:
In 1985, Sidney started his building career by building houses in the greater Durban area. His duties included the setting out of building sites, earthworks and the construction of the houses. He controlled all the ordering of materials, employment of staff and related work. The drawing of plans and meeting up with different municipalities was one of his responsibilities. the quality control of his buildings was of a high standard and his work load went from strength to strength. In 1990, his focus changed to industrial buildings. He successfully tendered for larger companies. His position as sole proprietor has always included being "Clerk of Works" - as the definition goes, as one of his responsibilities. His first multi-million rand project was in Verulam, KZN for a company called Farm-ag. Their mandate was to build a four storey chemical plant and all associated work which included - piling, underground storage tank, structural work, transformer rooms, office block and organising and checking of the steel structure components. The civils, concrete structures and associated building work for a large cooling tower plant was done from plan with a 2mm tolerance either way. The cooling tanks, which were made in the then Transvaal and fitted by crane on arrival, were perfect.
Sidney's next large project was with a company called Bearing Man (ongoing for around 18 years). He worked in various centres around South Africa. The work entailed large alterations with the occasional new building project thrown in. One of the larger projects in Durban was a multilevel undercover parking garage in West Street. Once again the work and quality thereof was assessed and controlled by Sidney.
One of Sidney's more interesting projects was the installations of underwater gabions and reno matresses in the Port Alfred Marina.
During 2003, Sidney's focus turned to smaller works due to the economic climate. He designed, managed and built a face brick double-storey complex in Monteseel, KZN. The project involved water, sewer and electrical reticulation plus associated work. Being a face brick building with large aluminium sliding doors and windows, the work had to be of good standard which was achieved by Sidney and his team. Since 2007, Omega Projects KZN has been involved in various building and civil contracts including additions/alterations:
Sidney's previous work experience includes the following:
1968-1970: O.A. Oosthuizen & Partners (Civil Consultants)
1970-1979: Van Niekerk, Kleyn & Edwards 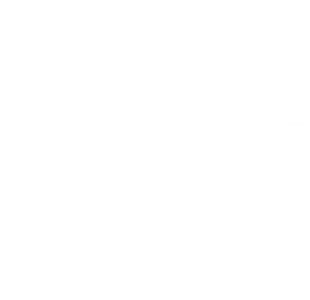